A downloadable game for Windows, macOS, and Linux

This game has been built with the goal of being a co-operative experience. You can enjoy it single player, but if you have the option to sit down with a friend, we heartily recommend you do so!

Leave a comment below or visit our forum (signup not required)

TIPS:
Ingame, press escape or start to bring up the menu, to change options and customise controls.

A second player can join in a game at any time after a game has started.
Press the spacebar to add a keyboard player, or the A button on a
second connected pad.

Potions can be thrown; but be careful! Different colours have different effects.
They can also be placed safely on the ground if you aim at your feet.

If you find a locked gate, you must find the Skeleton key to exit the level.
It will be walking around the level somewhere!

Draw chalk marks on the walls / floors to avoid getting lost!
When you have no items equipped in your right hand, press left trigger to enter first person / drawing mode.

Reload the gun!
It only holds one bullet at a time! Boxes of bullets can be found and the total amount is shared between both players.

Using the Sword:
You must hold the attack button for a short while to 'wind up' the attack. You can hold it for as long as you want. Running and attacking will give you greater reach.

Read the books!
They hold information about enemies and magic chalk spells.

it shows"The Game Crashes the crash report folder named 2022 10 09 230408 nest to the game executable" when i start the game,it would be a pleasure if u tell me what to do cuz i like this game!

The game it's being continued? i play with my brother and i wanna know more things of the development of the game its look very potencial

Wow!!! This game is awesome! I always plays this game with my brother. And it's really fun! We are not very good in this game and we never get trough floor 7. And I really like it that we can draw. We drew down one of the symbols from one of the books and it exploded! (Both of us died) So i really liked the game and if i had to rate it it would be 10 out of 10. Just keep going!

sooo what ever hapend to this game?

WAIT WHAT?! Why did I recive the notification just now!
Well I guess you live up to your name, I would've been sad if this game was forgoten in the sands of time.

I hope some publisher picks you up and gives you the resources needed, have you tried Devolver Digital or Tinybuild? I heard they are good ones.

I Like The Game So Much, But There Is A Problem That I Need You To Fix. Whenever I Go Upstairs It Just Goes To A Black Screen, And It Does Not Do Anything After It

A warning to anyone playing with mouse and keyboard, do not play this game in windowed as the mouse is not bound to the window and will fly out. Maybe it was just a bug I had but better safe than sorry.

Maybe this game is a lot more fun with co op, but for singleplayer, it feels very cumbersome. Also, it's kind of inconsistent in the way of swaping things out. One time when I tried to put away my torch to conserve it, it swapped to the extra torch I had instead, even when the button prompt said put away and not swap. Also putting away potions didn't work once and I wasn't able to switch to my gun without first throwing it but it had worked just about 5 minutes prior. And getting to that, I shouldn't have to ditch an item to swap to an item I already have, and maybe instead making a swap button, just use the mouse cursor like literally every other game that has ever existed. It would be better than having to use a key for that so you can both scroll up or down to allow more on the fly swapping rather than a single cycle button.

Other than all that, the rooms were very well designed and I enjoyed the little bit I played. Everything looks really good. Gonna try to give it another go soon with co op and hopefully it will be a lot less problems. I hope you enjoy the video!

Update: I did try to play co op, but once we tried to go to the second room, the game just went black screen.

Hi, thanks for sharing the bugs! Not sure how I missed the mouse issues but I'll make a fixed version to sort them out. It would be amazing if you could get me a copy of the log file after it crashes in a black screen in co-op so I can see what happened.

And I agree, the inventory system is definitely due an overhaul. We reworked a bunch of UI stuff in this version with the goal of getting ready to improve that sort of thing, and I think that's how the mouse bugs snuck in.

Being such a small team, it's hard to predict what the game will do on other hardware. If you get a chance I'd really appreciate knowing what operating system you are running and a copy of the log file so I can figure out why it breaks for you.

I filtered oculus and this game popped up.. is it VR?

Yes, but the VR implementation is still very much WIP.

Oh man that would be awesome as the game is split screen? Does that mean one person on say oculus and touch controllers and one person on kbm or controller? That would be legit! Also how is the split screen and such working? Everything running smooth? Thinking about downloading it and giving it a shot with a buddie.. Also my twitch is twitch.tv/j3han - are we allowed to stream the game?

Unfortunately last time I checked (and I did check because I thought it would be awesome too) the Oculus Unity drivers didn't want to let me render stuff in addition to the VR, so for the moment VR is single player only. Eventually we want to get co-op over the internet if nothing else though.

You are very welcome to stream the game, thanks for sharing your twitch! 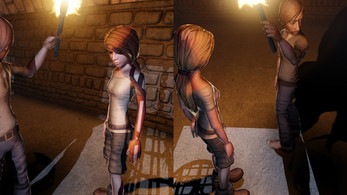 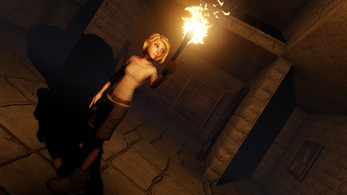 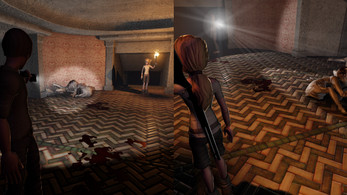 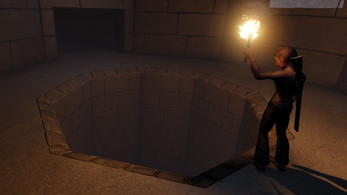 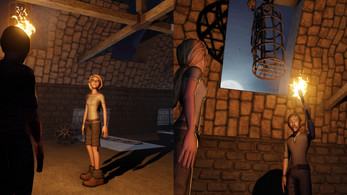 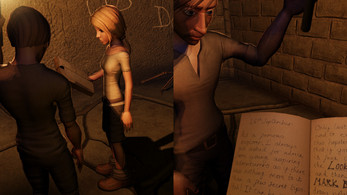